The moral imperative for economic growth for sustainability 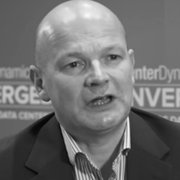 David Craig is CEO of Iceotope

Only growth through trade can save the world

There is much talk about the moral obligation of protecting our planet amidst the climate crisis - particularly in light of the recent United Nations’ Intergovernmental Panel on Climate Change (IPCC) report that climate change is harming the planet faster than humans and nature can adapt. Moral obligations are typically seen as being good stewards for future generations - reduce, reuse, recycle.

While all of this is true, we need to think beyond these parameters.

The morality of growth

One element to add to this discussion is the moral imperative for economic growth. You don’t hear that argument made very often, but you should. Why? Because nearly 10 percent of the world’s population is living in extreme poverty. According to the World Bank, “Global extreme poverty rose in 2020 for the first time in over 20 years as the disruption of the Covid-19 pandemic compounded the forces of conflict and climate change, which were already slowing poverty reduction progress.”

Those living in extreme poverty are the people most directly harmed by the effects of climate change. Climate change will drive 68 million to 132 million into poverty by 2030, predominantly in the regions most susceptible to environmental change and where the majority of global poor are concentrated - Sub-Saharan Africa and South Asia. This population also depends disproportionately on resources provided by nature for their survival. As the International Monetary Fund (IMF) noted, “it is the populations of these economies most vulnerable to climate change who contribute the least to the accumulation of greenhouse gases.”

I firmly believe that the more we trade, the more opportunities we create, and the fairer the world becomes. Capitalism can be the tool of change

IBM founder, Thomas Watson Sr., is famously quoted as saying “world peace through world trade” as part of his hopeful belief in the power of free trade. I am a firm believer in the idea that the more we trade, the more opportunities we create, the healthier we are and the fairer the world becomes. Capitalism can be the tool of change. Behaviors are altered by both the power of the dollar and the threat of withholding it. Don’t get me wrong, unfettered capitalism is bad. We need rules and laws to ensure those who steal a company’s pension fund, for example, are punished. We also need taxes as a form of contribution, but taxes alone can’t solve this problem.

If we recognize we are our brother's keeper and embed that into our thinking, the moral imperative for a dream starts to matter. People of Africa deserve to have houses made of stone and concrete that don't get washed away once a year in the monsoons. Children should be able to get an education without having to worry about hunger after long walks to school or sitting under a streetlight to do homework because that is the only location in the village where there is electricity. Do we continue to make choices that consign them to the margins forever or do we help them find a path to becoming middle class one day?

We can each make a difference

It is important to remember that we each have the power to make a difference. It’s easy to look at the incredible work an organization like the Bill & Melinda Gates Foundation does and admire it, but feel disconnected from our ability to make that same kind of change. While we certainly need more billionaires making these kinds of investments in humanity, we also need to stop thinking there's something uniquely not special about us as individuals. We need to recognize the privilege we carry and the obligation we have to do something more. There is a rising generation of young people who care passionately about both of these issues. They are willing to speak and if we can provide the right tools to do something about it, they will also be empowered to take action.

The heroes in this effort will come from unexpected places, and the work required is not expected to be easy. The competitive ability to survive and to keep our planet whole requires progress to continue. We have to encourage economic growth because that is what stops people - and our planet - from dying.