The shock waves from Ukraine

How is the Ukraine conflict affecting digital infrastructure and the data sector? In response to multiple queries, Uptime Institute Intelligence identified six main areas where operators and customers of digital infrastructure are experiencing effects from the conflict or will do so soon, not just in Europe but globally. (In Russia and Ukraine there are over 150 data centers, but these are not included in the analysis).

In 2021, electricity prices already rose dramatically partly because of the post-Covid boom in economic activity, and partly because of tight energy markets caused by a combination of weak renewable energy production and a Russian squeeze on gas supplies. Electricity prices can account for around a quarter to two-thirds of the operational costs of a data center. Prices are now near record highs, peaking at €400 euros per MWh in some European markets shortly after the invasion in February. Because electricity prices globally are linked to liquid natural gas, forward prices across the world will remain high for at least the rest of 2022, especially in Europe. 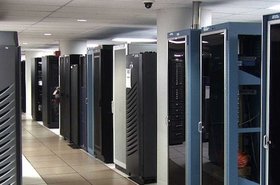 Sungard UK goes into administration, blames it on energy crisis

Three years after the US parent declared bankruptcy

To contain the effects of price volatility, most large data center operators attempt to reduce their exposure by buying in advance, usually in half-year periods. But some operators were caught out by the Russian invasion of Ukraine, having switched to the spot markets in anticipation of falling prices.

Exposure to high energy prices among data center operators varies according to business type and how well businesses have managed their risks. Colocation companies are the least exposed, because they buy in advance and it is usual to have the contractual right to pass on power prices to their customers. Some providers, however, offer forward pricing and price locks, and may be more exposed if they offer commodity hosting and cloud-like services too.

The biggest cloud data center operators can only pass on power price increases by raising cloud prices. Recently, they have been buying more energy on the spot market for their own facilities and haven’t locked in lower prices — exposing them to increases at scale. However, those who have invested in renewable power purchase agreements — which is common among large cloud providers — are benefiting because they have locked in their green power at lower prices for several years ahead.

Prior to late February 2022, world economies were recovering from Covid, but the Ukraine crisis has created a darker and more complex picture. The United Nation’s Conference of Trade and Development (UNCTAD) cut its global growth forecast from 3.6 percent to 2.6 percent in March. In a recent report, it highlighted inflation, fuel and food prices, disruption of trade flows and supply chains, and rising debt levels as areas of concern.

Enterprises cannot pass on energy costs, except by charging more for their own products and services

Not all economies and industries will be affected equally. But while the Covid pandemic clearly boosted demand for data centers and digital services, the effects of another, different widespread slowdown may dampen demand for digital services and data centers, partly through a tightening of capital availability, and partly also due to runaway energy costs which make computing more expensive.

Cyberattacks on business have increased steadily in number and severity since the early 1980s. Organizations in countries that are considered critical of Russia — as well as those in Russia itself — have been warned of a sharp increase in attacks. 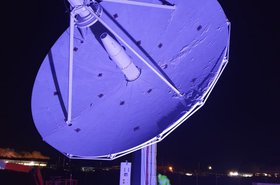 Viasat: Our network was hit by a “multifaceted and deliberate” cyberattack

To date, the most serious attacks have been directly linked to the conflict. For example, hundreds of thousands of people across eastern Europe suffered a loss of communications, due to cyber assault on a satellite, in the early days of war. There have also been deepfakes inserted in media services on both sides; and thousands of Russian businesses have suffered distributed denial-of-service attacks.

Security analysts are warning that a perceived fall in cyberattacks on the West from Russian hackers is likely to be temporary. Governments, data centers and IT services companies, energy companies, financial services and media are all regarded as critical infrastructure and therefore likely targets.

In Europe, high energy prices in 2021 and concerns over climate change caused both political and economic difficulties. This was not sufficient to trigger major structural changes in policy or investment, but this may now change.

For the data center sector, two trends are unfolding with diametrically opposite effects on carbon emissions. First, to ensure energy availability, utilities in Europe — with the support of governments — are planning to use more high-carbon coal to make up for a reduced supply of Russian gas. This will at times increase the carbon content of the grid and could increase the number of renewable energy certificates or offsets that data center operators must buy to achieve zero-carbon emissions status.

Second, there is also a counter trend: high prices reduce demand. To date, there has not been a dramatic increase in coal use — although coal prices have risen steeply. In the longer term, energy security concerns will drive up utility and government investment in renewable energy and in nuclear. The UK government is considering a plan to invest up to $140 billion in nuclear energy.

But operators be warned: a switch from fossil fuels to renewable energy, with grid or localized storage, means new dependencies and new global supply chains.

Separately, those European and US legislators who have campaigned for Bitcoin’s energy intensive proof-of-work protocol to be outlawed will now find new political support. Calls are growing for energy devoted to Bitcoin to be used more productively (see Are proof-of-work blockchains a corporate sustainability issue?)

The digital infrastructure sector (like many other sectors) has been dogged by supply chain problems, shortages and price spikes since the early days of the Covid pandemic. Data center projects are regularly delayed because of equipment supply problems.

The Ukraine conflict is exacerbating this. Semiconductor and power electronics fabrication, which require various rare elements produced in Ukraine and Russia (e.g., neon, vanadium, palladium, nickel, titanium), may suffer shortages and delays if Russia drags out the war. 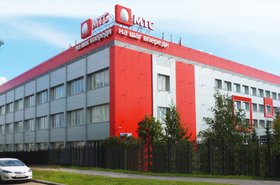 The delivery of machines (and that means nearly all) that use microelectronic components could also suffer delays. At the height of the pandemic, cooling equipment, uninterruptible power supplies and switchgear equipment were the most delayed items — and this is likely to be the case again.

Following the pandemic, most of the larger operators took steps to alleviate the effects of operational component shortages, such as building inventory and arranging for second sources, which may cushion the effect of these shortages.

Even before the pandemic and the war in Ukraine, there were concerns with geopolitical instability and the vulnerabilities of globalization. These concerns have intensified. Several large European and US corporations, for example, outsource some IT functions to Ukraine and Russia, particularly software development. Thousands of Ukrainian developers were forced to flee from the war, while Russian IT professionals have suffered from the loss of internet applications and cloud services — and the ability to be paid.

Organizations will react in different ways, such as shorter, localized supply chains and insourcing within national borders. Global cloud providers will likely need to introduce more regions to address country-specific requirements — as was seen in the lead up to Brexit — and this is expected to require (yet) more data center capacity.

Uptime Institute will continue to monitor the Ukraine conflict and its impact on the global digital infrastructure sector.