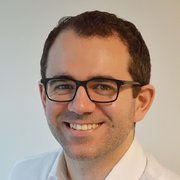 techUK is a trade association representing the tech sector in the UK. We represent the largest group of data center operators in the UK, running a dedicated program of work led by the Data center Council consisting of high profile, influential and informed industry figures.

techUK has become aware of several articles being published on the topic of the West London electrical grid reaching capacity and the role of data centers in this power crisis. Of the articles, techUK was approached to comment by one outlet, but were unable to give comment on other articles published. It is for this reason we would like to make a statement of clarity, asserting some truths about the data center industry and the work being undertaken with private and public sector stakeholders to find a resolution to the power crisis.

The issue of power provisioning has been ongoing for more than six months. Operators represented in techUK membership have been raising concerns over increasing delays to power supply provision. 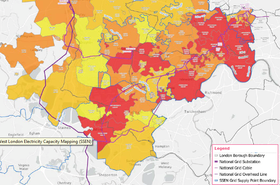 This has led to a competitive environment around power provisioning in the UKs data center community, limiting the growth of the sector, placing pressure on individual operators and with knock on impacts for the services which rely on data centers. In response, techUK has initiated a series of engagements with National Grid and the relevant Distributed Network Operators to find a solution for affected projects that are already underway and discuss future planning to avoid delays going forward.

Earlier in 2022, techUK initiated a series of engagements with the GLA to discuss planning for data centers, centering around the demand for growth in digital infrastructure serving the capital. The focus of these engagements has diverged in recent weeks to focus on the West London Old Oak/Park Royal situation. As well as civil servants working with the GLA, techUK is also engaging with the OPDC who are responsible for the housing redevelopment project in the West London area. The outcomes of these engagements to date have been:

In a recent statement of clarification following a roundtable with the Data center Council at techUK, the GLA has stated that the West London Electrical Capacity Constraints document does not imply a “ban on future housing” in London, as certain press outlets have characterized it. techUK and the operators we represent welcome this clarification which dispels the adversarial framing in favour of one of cross-industry collaboration. It has been agreed that getting the relevant stakeholders around the table is the only way to solve the current crises.

Although our current priority is to resolve the power supply issues affecting our members in the operator community, techUK is entering conversation to discuss power procurement more broadly. As it is, the National Grid and Distributed Network Operators run a first come, first serve regime. This is suitable in a scenario where power supply can be assured with output growing. In one where capacity has been reached, systemic change/government intervention is needed to ensure projects requiring significant power go ahead.

The National Grid and Distributed Network Operators run a first come, first serve regime. This is suitable in a scenario where power supply can be assured with output growing. In one where capacity has been reached, systemic change/government intervention is needed

As it stands, data centers, which can be certain of demand growth, will book power many years in advance of project completion. This demand correlates with the growth of the capital's desire for digital services and associated increase in the size and power requirements of new data centers.

The additional pressure of Net Zero, is a mission that techUK members fully support. Electrification is required to decarbonise transport and heat production, meaning that significant increases in electrical capacity are needed across the country. We believe that this is only possible through purposeful and ambitious government energy strategy, not only to ensure necessary growth in the power supply (6x existing output by some estimates), but to ensure that this additional power is renewable.

About the London data center ecosystem

There are several commercial and historic factors which have led London to become a hotspot for data centers. As noted correctly by the FT and Daily Telegraph, transatlantic cables run from Cornwall to London through the M4 corridor, a well-connected digital highway. The Park Royal, Slough, Docklands, City, and Isle of Dogs clusters are all situated along this highway, and near businesses with increasing demands for digital services. They have become attractive locations for digital investment due to the existing infrastructure and local technical expertise.

So why London? Large scale data farms which specialize in storage are often situated away from urban centers near low-cost energy sources, and so-called hyperscale data centers will sometimes operate out of rural areas. To satisfy the requirements of their customers there is also a need to be close to the demand to be competitive and suitable for customers who demand high speed services. For specialist industries that require high speed digital functions, such as the financial sector, closely situated data centers are essential to global competition.

This leads us on to the main economic value of urban data centers, the way they enable digital services and global competition. Industries which are either digitalizing their operations or those growing sectors which are selling digital services rely on a thriving data center sector. The internet has revolutionized the economy, speeding up action times, driving efficiencies, creating new markets (as a service, cloud services), and helping the UK compete in overseas service markets, creating new jobs, industries, and significant economic value in the process. This is only possible with data centres.