Why diesel may never die 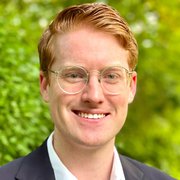 In the mid-1970s and early 1980s the major industrialized nations saw record high prices for energy due to disruptions in the oil supply from the Middle East and high inflation. Today in 2022, the world is undergoing a similar experience with geopolitical conflicts constraining oil and gas supply and inflation climbing, once again, into double digits. 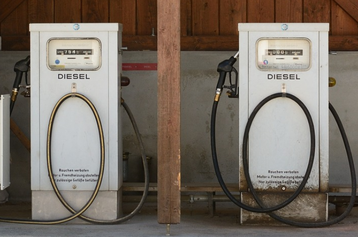 Unlike the 1970s and 1980s, the world is deploying numerous renewable energy sources at tremendous scale in an effort to decarbonize the electrical grid and reduce our dependency on coal, gas and oil. This evolution of power generation is nothing less than an experiment that will test the stability and reliability of a grid that is already aged and stressed due to new electrical loads and unprecedented weather patterns.

While this may all seem highly challenging, the reality is that this ‘experiment’ will drive humanity to reduce greenhouse gases (GHG) as we optimize the production and consumption of electricity. However, despite the benefits of this green revolution, some costs and risks may jeopardize the lifelines of people and businesses within modern economies if proper stopgaps are not implemented or maintained. When it comes to striking a balance between reliability and affordability for critical facilities such as hospitals, water treatment facilities and data centers, diesel generators continue to provide the best solution for mitigating the risks of utility power failures. 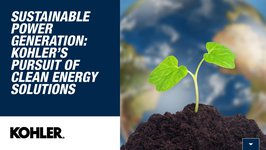 A whitepaper diving into Kohler's approach to the need for sustainability

The necessity to implement renewable energy and electrify loads is undeniable as it allows us to reduce GHGs and pollutants that compromise the environment and the health of living species, but how we execute this transition is proving to be complicated. Germany has been transforming its electrical grid in a process dubbed ‘Energiewende’ (energy turnaround) in a bid to displace coal-fired generation and nuclear power with wind, solar, and hydro. Between 1990 and 2014, this policy achieved a 27 percent reduction in GHG emissions from power generation.

Germany’s near-term strategy combines renewable energy with natural gas generation to handle supply and demand volatility. Germany’s courage to boldly change its electrical grid can teach the world a valuable lesson: renewable energy production can dramatically reduce GHG… but always have backup. As we all know, the sun and wind won’t always be there.

Conversely, sometimes the sun and wind are there – but in excess. The electrical grid has been challenged to new levels in the US because of extreme weather patterns. In September 2022, California experienced record high heat waves causing an all-time high demand on the electrical grid from air conditioning.

Germany’s courage to boldly change its electrical grid can teach the world a valuable lesson: renewable energy production can dramatically reduce GHG… but always have backup

Some data centers were able to engage their diesel backup systems so that they could remove their load on the electrical grid during peak demand hours. Additionally, the state used two natural gas emergency-power generation stations, built just one year earlier, and provided an additional 120MW of generation for emergency peak demand.

As the grid in continues to be pushed to new limits with extreme temperatures and new loads (electric vehicles, heat pumps and so on), utility operators will establish more mechanisms to shed load. Major electrical consumers, like data centers, will have more opportunities to benefit from coming off the grid – interruptible rate programming, brown-power rates, peak demand shaving, co-generation, etcetera. However, backup power systems must be appropriately structured to enable these mechanisms.

Most data centers use the utility as primary power and diesel as backup, with UPS bridging the seconds in between. However, some data centers are evaluating how this paradigm could flip such that the primary power is generated on-site and utility becomes the backup.

If this can make sense financially, it’s worth exploring why within the current state of technology we will still need diesel generators for backup power. The most realistic option to flip the traditional paradigm would be to operate as a microgrid. Using a prime-rated gas engine that runs on either hydrogen or natural gas as primary base power, supplemented by solar or wind when possible, with transition between energy sources from extended runtime UPS or battery energy storage systems (BESS).

However, hydrogen infrastructure hasn’t even been well established yet, and on-site storage would pose significant risks and take up considerable space. While the natural gas infrastructure is mature, it can get interrupted from time to time. In February 2021, the US experienced extreme winter storms that froze Texas wind turbines and natural gas infrastructure, causing more than 4.5 million homes to lose power, some for several days. Data centers only take calculated risks, and being able to offer greater than 99+ percent availability means having complete certainty in your backup power solution.

Today’s modern diesel generators have a variety of different options to reduce GHG emissions. Hydrotreated vegetable oil (HVO), also called renewable diesel, is one of the most topical solutions in the market today. This fuel source has superior storage performance, wider operational temperature range, is highly compatible with most diesel engines on the market today, has lower emissions, and most impressively claims a whopping 90 percent reduction in CO₂ emissions.

Keep in mind that a 90 percent reduction in CO₂ is due to the fuel being derived from plant-based matter that has already sequestered carbon from the atmosphere. To clarify this common misconception, although there are some reductions in NOx and other emissions while burning the fuel, HVO reduces CO₂ because the plants used to make it pull carbon from the atmosphere, while ultra-low sulfur diesel (ULSD) does not.

Unfortunately, HVO is not as widely available as ULSD, but in the coming years access will grow significantly. Finally, depending on the application, emissions after treatment systems (EATS), such as SCRs, DOCs, and DPFs, enable diesel backup generators to reduce pollutants significantly.

Many data centers are seeing regulators consider restricting emissions further, so they are designing their diesel generators to have the capacity to be retrofitted with EATS in the future to reach Tier 4 compliance levels. To take it a step further, some operators are buying prime or continuously rated Tier 4 certified generators so that they can operate in non-emergency applications to recoup costs through the previously mentioned utility incentive programs.

Compute continues to move into the cloud because businesses and people recognize they want to outsource the responsibility of managing their data infrastructure. Cloud operators outsource their primary power generation, but they will never be able to outsource their backup power solution and still maintain greater than 99% availability. Put differently: cloud operators may have primary power in the “cloud” of utility, but they will always have to host their backup power on-premise – and right now, the most accessible, reliable, and affordable solution is a diesel generator.