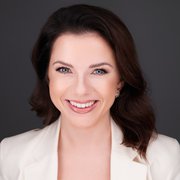 As extreme temperatures become increasingly common, how can data centers handle the heat?

And those heat waves aren’t confined to the United States. Europe had the hottest summer ever, with Hamburg and London reaching 104F. Rome reached 105.4F. Even Japan saw the worst heatwave in 150 years.

So we had a hot summer, that’s no surprise. Anyone who has paid attention knows that hot summers are the new normal for much of the world, as the last eight years have been the hottest years on record.

But why should that matter to us? Because the 2022 heat wave knocked data centers offline.

And these are just the failures that were publicly attributed to the heat.

As data center designers, providers, and operators, we all know that data center cooling systems operate within a range of temperatures, and increased heat puts added pressure on them.

It’s possible that increasing numbers of extreme temperature events will put so much pressure on conventional air-cooling systems that failures will increase, and risks will become impossible to ignore Ashley Sturm, Nautilus Data Technologies

What are some consequences of being forced to operate outside design specifications? Customer-impacting failures, of course, and though we all build in redundancy, in the cases of Twitter, Google, and Oracle, that wasn’t enough. Reduced MTBF? Possibly, driving up costs. Issues with supporting technologies like backup power generators? Yes, they might overheat on hot days, causing them to not deliver full nameplate power or even shut down.

These problems are pushing data center operators to rethink their approach to cooling. Since most data centers were built before these extreme temperature events, more and more data center providers will be forced to look at their cooling technologies and decide if changes need to be made.

It’s possible that increasing numbers of extreme temperature events will put so much pressure on conventional air-cooling systems that failures will increase, and risks will become impossible to ignore.

Providers will be under more pressure to run their operations efficiently, not just via greenwashing, like purchasing carbon credits, but by fundamentally changing how data centers function to reduce their impact on the environment.

As providers encounter the limits of conventional air-cooled data centers for both practical and political reasons, it’s natural for providers to turn to liquid cooling. Water has 4.23 times more specific heat absorption capacity than air, making it a much more efficient means of cooling.

Collecting data center heat and dissipating it in a lake, river, or ocean provides a substantial improvement in energy and water utilization efficiency without the risks of downtime that plague other methods of cooling during heat waves Ashley Sturm, Nautilus Data Technologies

However, conventional liquid cooling either requires refrigerants, which are being phased out in many countries, or evaporation, which loses large amounts of water to the atmosphere, adds contaminates to the remaining water and puts pressure on water treatment plants that are already straining to cope with growth.

Fortunately, there is a proven, mature alternative cooling technology that sidesteps all the weaknesses of conventional air cooling and liquid cooling in the data center.

For over 100 years, thermal plants and industrial processes have been using water-to-water transfer, utilizing the heat-sinking and energy-sinking capabilities of large bodies of water.

Collecting data center heat and dissipating it in a lake, river, or ocean provides a substantial improvement in energy and water utilization efficiency without the risks of downtime that plague other methods of cooling during heat waves.

Due to the thermal absorption properties of water, the water flow/mixing rates, evaporative cooling, heat energy transfer to the underlying soil, and cooler temperatures at night, natural bodies of water stay much cooler than the surrounding air. Short-term temperature fluctuations don’t impact the temperature of the water at depth, so the water can be used to cool a data center.

However, knowing that it’s possible to do this and knowing how to do this are different things. Few data center operators have the expertise and patented innovations needed to do the job.

Fortunately, there is a way to move forward. Nautilus has commercialized natural water heat sink technology for the data center. We’re able to take advantage of the fact that natural bodies of water stay cool during extreme temperature events.

We have had, since early 2021, in our floating data center moored at Stockton, California, a group of colocation customers running production workloads on data center hardware cooled using our technology.

Of course, the recent heat wave in California was an unprecedented stress test for our approach. Could our closed-loop heat-sinking technology work through a heat wave?

Did our water-cooling technology work? It’s clear that it did. We provided a fully resilient cooling solution for our colocation customers during the worst heatwave in California history. And we did it without consuming a drop of water or relying on refrigerants, a critical advantage in California, which is both environmentally sensitive, but is also suffering from a multi-year drought that has resulted in many state-mandated water supply restrictions.

We’re able to support the state, and the world, by leading the way toward a more sustainable future for data centers.

Interested in learning more about our ability to create new levels of cooling resilience while improving your sustainability profile? Learn more about our capabilities at nautilusdt.com.