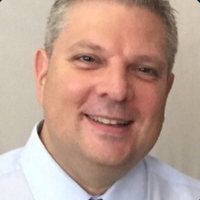 Alex is one of the leading data centre construction professionals in Europe, having been Managing Director of Mace Technology. He is a qualified Electrical & Electronic Engineer and has built a significant number of complex data centres for some of the world’s leading companies including Barclays, Santander, the London Stock Exchange and the Sanger Institute.

Alex has been building Data Centres for over 25 years. He is a Chartered Electrical and Electronic Engineer and started his career at the London Stock Exchange, where he was involved in many of the LSE's off site DC's. Moving onto a Project Management company in the City, he delivered two DC/Disaster recovery centres for a Major international Investment bank, followed by a number of large Comms rooms for Telecoms companies. He then moved onto a Regional Contractor in Essex, where he managed a four year framework agreement to Design and Build leading edge Laboratories at the Sanger Institute for some of the World's leading scientists, including the World renowned Cancer Genome laboratory. At Wates, he set up the Technology division and delivered at the time, the largest High Density data centre in Europe, second only to one built by the CIA. He continued to build DC's for major hosting organisations, financial organisations and insurance market makers. Now at Iron Mountain Data Centers, he is drawing on his experience in Site selection, Data Centre delivery, Mergers & Acquisitions and sale and leaseback transactions.