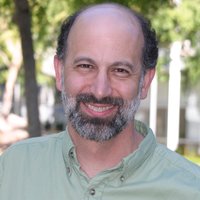 Bill is the Founder and Executive Director of ClimateVoice, a nonprofit initiative that mobilizes the workforce to push companies to go "all in" on climate, both in their operations and in their advocacy for public policy. Weihl was previously director of sustainability at Facebook, green energy czar at Google where he led efforts in energy efficiency and renewable energy, spearheading Google's drive to become carbon neutral, founding the Climate Savers Computing Initiative, and leading the RE<C initiative to develop renewable energy cheaper than coal. He has extensive business and technical experience in high-tech, including 10 years as a professor of Computer Science at MIT, five years as a research scientist at Digital's Systems Research Center, and five years as Chief Architect and then CTO of Akamai Technologies.

In 2009, Weihl was named one of Time Magazine's Heroes of the Environment.