Executive Vice President for the United States and Canada, DatacenterDynamics 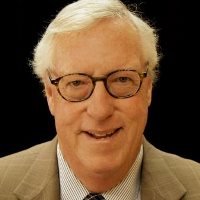 Bruce A. Taylor is a member of the DatacenterDynamics leadership team, and serves as Executive Vice President for the United States and Canada, where he sets the strategic tone for DCD’s portfolio of integrated media products and services. His emphasis is on the core conferences in New York, San Francisco, Chicago and Toronto. As chair of the DCD North American Awards judge’s panel, Bruce leads the peer judging process. He also plans and oversees the global launch of a new research, media and conference series, called Stacking.IT – “Open for Business”, focused on the developing markets for open-source datacenter and cloud infrastructure technologies, with 2015 events in San Francisco, Singapore, Chicago and London.

Prior to joining DCD in 2014, Bruce was a principal and senior executive of The Uptime Institute, responsible for guiding its strategic acquisition by 451 Research, where he continued in an executive role. He originally joined the Institute in 2005 to initiate its data center energy efficiency and carbon footprint reduction. Bruce is a career-long IT media professional as a writer, editor, publisher and conference producer. He was a pioneering publisher and conference provider in several fields, including document imaging and management, computer graphics and video, early laptop computing, mini-computing, instructional technology, and knowledge management technology. Prior to following IT developments, he was a general-interest newspaper, magazine, radio and TV journalist.

Bruce lives in Dana Point, California, where he enjoys his life-long passions for sailing and skiing.