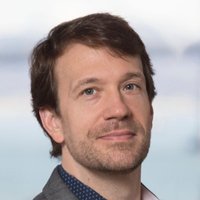 Dave McCrory is VP of Growth and Global Head of Insights and Analytics at Digital Realty. Prior to Digital Realty, Dave ran a data strategy and consulting business. Before consulting, Dave was VP of Engineering for the Wise.io team at GE Digital. The Wise.io team built and implemented production Machine Learning for Industrial use cases inside of GE. Prior to GE Digital, Dave was CTO of Basho Technologies the company pioneering the distributed NoSQL database Riak.

McCrory also served as SVP of Engineering for Warner Music Group, where he led the team that built their digital service platform. He was also a senior architect on Cloud Foundry at VMware, and a Cloud Architect at Dell. He also founded two companies – Hyper9 (acquired by SolarWinds) and Surgient (acquired by Quest Software). McCrory holds over nine technology patents in virtualization, cloud and systems management and created the “Data Gravity” concept which states that as data mass or activity increases, more data is created, and more services and applications are attracted.