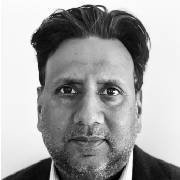 Dheeraj started his role as Sales Manager Northern Europe for Starline in June of 2019, after leaving his previous role of 19 years working at Aggreko in Power Generation. In his former role, Dheeraj was responsible for several segments where energy demands were crucial, like the utility & manufacturing industry and hospitals. The last 5 years Dheeraj worked on developing the Datacenter Market where he came across the same challenges on the hyperscale.

At Starline Dheeraj is responsible for sales growth in Northern Europe where he sees the growing energy demand from these DC’s back in his enquiries. Starline opened 2 more factories within 2 years across the globe to meet these requirements, especially coming from the Hyperscale’s.