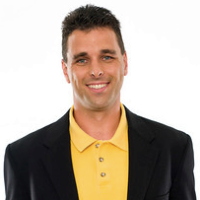 Since 2014, Frank has taken on three to five year planning for the regional wireless network buildings in the Northeast for Verizon. His main focus has been on the infrastructure - commercial power, equipment power, cooling and space. This includes budget forecasting as well as building business cases for larger projects.  Frank’s team lead the conversion of regional wireless offices from DC power to AC power; focusing on the reliability, flexibility and cost savings aspects to make it the new company standard. He is the de facto supervisor of a team of Construction Engineers covering New England, New York Metro, New Jersey as well as parts of Pennsylvania. Frank also evaluates new vendors and works with existing ones to better meet ever changing business needs. Recent work includes redesigning cell site generators with a reduced footprint. This ultimately resulted in substantial savings on real estate costs without affecting the usefulness of the generators. Frank started with Bell Atlantic Mobile in 1995, working his way through Customer Service and then as a Field Engineer – Cells, working on Lucent Modcells and Series II cell sites in Northern NJ. Frank was called upon to assist in the September 11 aftermath, restoring communications to downtown Manhattan. After earning a BS in Industrial and Manufacturing Engineering at NJIT he moved on to the National Network Operation team within Verizon Wireless as a Network and Construction Engineer. For 12 years Frank worked on various projects of increasing responsibility throughout the NNO organization. He redesigned the telco pop rooms that feed the national data centers for better space and power efficiency, saving the need for expensive and intrusive expansions. Frank spent several years as the prime engineer for the nationwide microwave network, earning accolades for emergency restoration efforts in Louisiana and Mississippi after Hurricanes Katrina and Rita.