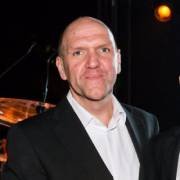 Garry Connolly is the President and Founder of award winning Host in Ireland, a strategic global initiative created to increase awareness of the benefits of hosting digital assets in Ireland, and the capabilities of Irish companies. A much sought-after keynote speaker, panelist and moderator at global industry events, Garry regularly appears in conferences throughout the EU, LATAM, and MENA.

Garry has over 30 years’ experience in assisting Foreign Direct investment into Europe and demonstrates a pragmatic and common sense approach. In addition to providing leadership at the award-winning Host in Ireland initiative, Garry has also been recognised as one of ’the world’s most influential data economy leaders’ in 2019 by Data Economy, top 50 EMEA Influencers in Cloud and Data Centres 2018 by Data Economy, and was runner up in the 2017 DCS Awards’ ‘Data Centre Individual of Year’ category.