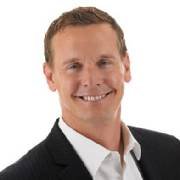 Hugh has over 23 years of cross-industry technology experience, from data networking to fiber optics to wireless/cellular infrastructure. He spent his early career engineering and deploying metro fiber, access, and cellular networks with GTE, while later helping to start and grow several, successful start-ups in Silicon Valley, such as ONI Systems (NASDAQ: ONIS before NYSE: CIEN), FiberTower (NASDAQ: FTWR before NYSE: T) , and Wave2Wave. In these roles Hugh helped bridge the gap between the state of technology and its implementation, in order to drive the technology’s adoption in the market. After leaving Silicon Valley, Hugh held a senior leadership role at Fujitsu Network Communications, launching and growing Fujitsu’s multi-technology Solutions organization, with regards to fiber, wireless, cellular, and data center infrastructures. Applying the parallel lessons learned through these various technologies, Hugh has been a leading pioneer in the Edge Data Center space through DartPoints, driving the evolution of highly-distributed data centers to meet better the growing and changing requirements of today’s applications. He received his A.B. and B.E. in Engineering from Dartmouth College and his Master in Engineering Management from the Thayer School of Engineering and Tuck School of Business. Hugh, his wife, and his two daughters reside in Dallas, Texas.