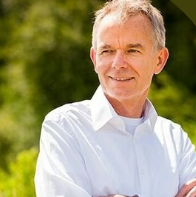 John has worked in the Telecommunications and Information Transport Systems (ITS) industry for over 35 years, beginning his career at the London Stock Exchange as a BT telecommunication technician.

After leaving BT, John set up an ITS Design Consultancy business and worked on some of the largest national and international projects.

Later, headhunted by Siemens, he was the design authority responsible for the $100m Ford Motor Company ITS upgrade project throughout Europe and was a member of the team that produced the first Ford Motor Company Corporate ITS Standard.

Believing there was a general lack of quality in the ITS industry, John was driven to "professionalize" the ITS industry – starting with a professional diploma programme for the Telecommunications Managers Association – which led to him becoming the first BICSI RCDD in the UK and soon after, a BICSI Master Instructor teaching RCDD and Technician programmes.

He became the first UK member of The Society of American Value Engineers, practicing systematic value engineering methods on ITS to eliminate waste and maximize value for his clients.

He holds a Master of Science in Computer Network Engineering and a Post Graduate Diploma in Management Studies and describes himself as “a practicing engineer that teaches – not a teacher that teaches engineering.”

He has been voted as one of the “top ten movers and shakers” in the UK ITS industry.