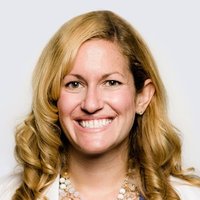 Kate Brandt leads sustainability across Google’s worldwide operations, products and supply chain. In this role, Kate partners with Google’s data centers, real estate, supply chain, and product teams to ensure the company is capitalizing on opportunities to strategically advance sustainability and circular economy. Previously in 2014 President Obama appointed Kate to serve as the Federal Environmental Executive and under EO 13693 she became the Nation's first Federal Chief Sustainability Officer. In this capacity, she was responsible for promoting sustainability across Federal Government operations including 360,000 buildings, 650,000 vehicles, and $445 billion annually in purchased goods and services. Prior to the White House, Kate held several senior roles in U.S. Federal Government including Senior Advisor at the Department of Energy, Director for Energy and Environment in the White House Office of Presidential Personnel, and Energy Advisor to the Secretary of the Navy.

Kate is the recipient of the Distinguished Public Service Award, the highest award the U.S. Navy can give to a civilian, for her work helping the Navy go green. Outside Magazine named her as one of 40 women who have made the biggest impact on our world and Forbes listed her among the top 46 sustainability leaders in 2018. Kate serves on the boards of BSR, The Institute at Brown for Environment and Society, The Roosevelt Institute, Planet Forward, Stanford International Affairs Network, NSF Committee for Environmental Research and Education, and the Corporate Eco Forum. Kate received a Masters degree in International Relations from the University of Cambridge where she was a Gates Cambridge Scholar. She graduated with honors from Brown University.