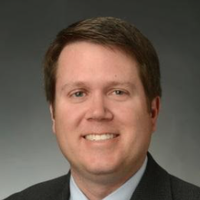 Lance Haman has served as the Marketing Regulatory Affairs Manager with Georgia Power Company since 2018. In this role he has been heavily involved with major regulatory strategies and filings including Rate Cases, Fuel Cases, and Integrated Resource Plans. Prior to this position Lance spent the better part of his career in various roles of Southern Company’s wholesale business units, including Southern Power and Southern Wholesale Energy, which afforded him to not only work with all of Southern Company’s retail operating companies including Alabama Power, Georgia Power, Mississippi Power, and formerly Gulf Power, but also to engage all of the EMCs throughout Georgia and many of the investor owned utilities and electric cooperatives in the Southeast.

Lance grew up in southeast Missouri, and upon graduation nearly 20-years ago from Missouri University of Science and Technology with a degree in Mechanical Engineering he began his career with Mississippi Power at Plant Watson. Lance’s educational background also includes an MBA from William Carey University in Mississippi.