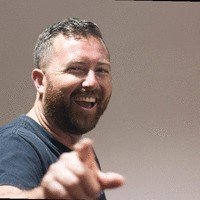 Luke Baker is the Director and Operations Manager of LMB Industries Pty Ltd, a company delivering communications projects across mining and telecommunications. He is also the Founder of Open Cloud Broadband that is providing high speed fixed wireless internet to Bundaberg, cloud services and technology solutions.

While working as a FIFO worker, Luke started a Facebook page called “FIFO Man” which aims to reduce the stigma surrounding men’s mental health and empower men to talk about their emotions while encouraging each other to seek help if required. The page has a following of 18 000 people and Luke has been featured in several major publications across the country and has been interviewed for radio over a dozen times. One article by News.com.au on Luke’s page was the most read article for the entire year in their finance section.

This page lead to Luke being involved with a team aiming to gain funding in a research project for the Beyond Blue foundation which was aimed at reducing stigma in men’s mental health using digital interventions. The team was successful in their bid and it lead to a funding grant of $450 000. His team built an app called Y-Fronts which was specifically built for FIFO workers.

When Luke is not running his businesses, he writes for a website called Mining Families Matters and is currently working on a book about his page and a children’s book designed to be read with fathers so they know that they are someone’s hero.