Director of IT and Business Systems, Indiana Economic Development Corporation 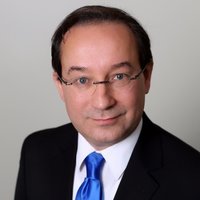 Paul Baltzell has over 22 years’ experience working in various areas of IT consulting and management. After serving in the US Navy, Paul began his career with EDS as a systems engineer later moving on to work with various consulting firms. In 2005, Paul led the State of Indiana IT consolidation efforts. This effort achieved a 14 million dollar yearly savings for the State through shared systems. For his cost savings efforts, Paul was awarded a Governor’s Meritorious Service Award. In 2013 Paul was appointed CIO for the state of Indiana by Governor Mike Pence. During his tenure as State CIO he implemented the Management and Performance Hub working to turn Indiana into the first Data Driven State. Paul left for the private sector for a short time to help reinvent the senior care sector. In mid-2018, he returned to serve the public sector as part of the Indiana Economic Development Corporation. Where he works daily on efforts to grow Indiana’s job opportunities.