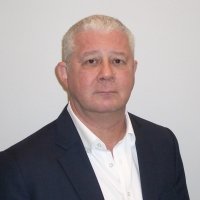 Paul Thornton is Head of Data Center Operations at 1&1 IONOS and responsible for all data centeroperations in the U.S., managing and further developing the data centerinfrastructure there. In this function he regularly collaborates with colleagues from the European data centers of 1&1 IONOS on both a tactical and strategic level. Paul Thornton has more than 22 years of experience in the IT industry with a broad background in data centerfacilities, infrastructure as well as satellite communications and workflows, leading strategic and tactical projects.Before he has joined 1&1 IONOS in 2016, Paul lived and worked in Abu Dhabi in the Middle East where he oversaw the country’s only Tier-IV colocation data center which also housed government equipment. Prior to this he was in charge of an Arizona-based enterprise data center for Nestlé and was responsible for over 400 data center and computer rooms in Latin America and the Caribbean from a facilities perspective. In addition, he was also responsible for the design and build of a new data center in Mexico City.Paul holds an MBA in Technology Management from the University of Phoenix.