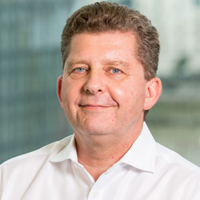 By combining his degree at Imperial College with industrial training with Hawker Siddeley in the early 1980s, Robert quickly moved into R&D in the areas of switchgear, controls, machines and transformers. With this excellent academic and practical grounding, he then moved to his first M&E engineering consultancy with James R Briggs, where he worked on a variety of projects from commercial to historic buildings to Royal Academy to prisons!

In 1989, Robert then moved to a multi-disciplinary consultancy, Aukett, who at the time were designing and overseeing the construction of data centres for the likes of Royal & Sun Alliance and Marks & Spencer. Robert quickly took up the reins of projects from Lloyds Bank and GSK both in London and Stevenage. Over the years, Robert developed this capability within Aukett culminating during the dot.com boom times with projects for Level 3, Worldcom and BT to name a few.

Looking for a new challenge, Robert joined Hurley Palmer Flatt in 2004 and immediately started on a range of data centres for the likes of Barclays, Morgan Stanley and Merrill Lynch; these were all high profile, high end technology data centres being delivered quickly and effectively. Since then, Robert has led the change in data centre design, moving towards adiabatic cooling, fresh air cooling and alternative power delivery processes, these have all been part of a continual evolving design to meet the requirements and demands of the data centre market.

Robert continues to specialise in critical engineering design and delivery, but also applies his capabilities to other related areas such as trading buildings and healthcare infrastructure. He is currently the Executive Director responsible for the Hurley Palmer Flatt Data Centre Division and all technical delivery within the Company and is based in London.