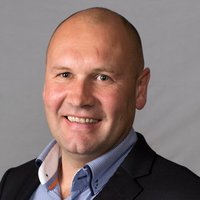 Tor Kristian Gyland is the Chief Executive Officer in Green Mountain and has been with the company since the start. Tor's first responsibility within the company was as COO but he took over as CEO in September 2017. Before this he was with Evry for 10 years as Operating Officer responsible for a large organization of technicians, working in IT related areas such as OS, Virtualization, Network, Storage and Midrange systems. Tor was the second employee in Green Mountain. He has been responsible for developing the technical infrastructure, and building Green Mountain into a major player in the data centre industry. Tor has more than 25 years of experience within data centres and IT operations and has been involved in several major IT and technical projects. He has a Bachelor's degree in electrical engineering with specialization in automation.