What is a data center REIT? 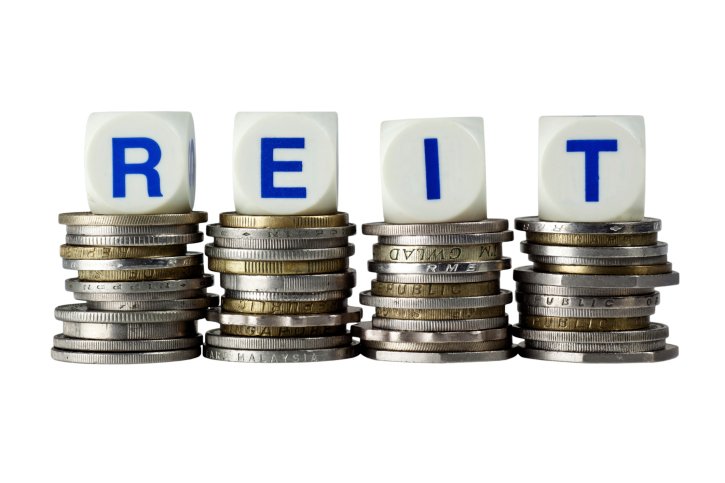 Real estate investment trusts (REITs) are companies that own, and often operate, income-producing real estate such as apartments, retail outlets, offices, and data centers. They act as a fund for investors, generating revenue via leasing space and collecting rent on their properties.

Data center REITs are investment trusts where all or the majority of the trust's revenues come from leasing data centers. Some REITs generate all their income from data centers, but for many, it is just a proportion of income in a diversified portfolio.

What is a Real Estate Investment Trust (REIT)?

John D. Worth, executive vice president of Research & Investor Outreach at the NAREIT trade association, says that are simply companies that own and operate income-producing real estate.

“REITs are are typically corporations with shareholders,” he says. “The real key difference there compared to a private equity fund is that that they are permanent structures. They are not a fund that is going to close up shop after seven or 10 years, and the compensation of the management is not as intrinsically linked to the assets under management, as it is in a fund.”

More than 30 countries around the world have established REIT regimes, often benefiting from reduced tax and offering high returns for investors. To classify as a REIT, a company needs to meet certain requirements around how it is owned and how it spends its money.

Official figures are hard to find, but Andy Cvengros, senior vice president at JLL, estimates that upwards of 70 percent of the world’s data centers could be REIT-owned facilities, either through public or private trusts.

There are over 200 publicly listed REITs in the US, but just a handful of data center REITs. Though there are few in number, some of the largest players in the data center industry are classed as REITs, including Digital Realty, CyrusOne, Equinix, Iron Mountain, Coresite, Quality Technology Services (aka QTS), and Keppel DC REIT in Singapore.

There are also a number of diversified REITs with data centers in their wider portfolio such as Segro, Corporate Office Properties Trust, Mapletree Industrial Trust, Centuria, and Ascendas REIT. There are also dedicated telecommunications and infrastructure REITs that own and operate communications infrastructure – cell towers, fiber cables, etc – such as Crown Castle.

Official figures are hard to find, but Andy Cvengros, senior vice president at JLL, estimates that upwards of 70 percent of the world’s data centers could be REIT-owned facilities, either through public or private trusts. More than 72 million square feet (6.7m sq m) of data center space is owned by publicly-listed data center REITs alone.

Data center REITs are few in number but attractive for investors

Though they have been around since the 1960s, it is only since the turn of the century that data centers have become a notable addition to the wider REIT portfolio.

“They provide a really interesting perspective on the tech sector in the sense that it is driven by digitization and some of the same changes in the economy over time that are driving tech stocks,” says NAREIT’s Worth, “but you're focused on data usage growth versus one particular application or strategy, and that taking a broader-based approach does give you more comfort as an investor.” 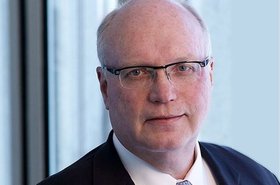 The biggest wholesale data center company in the world, Digital Realty, has ambitions to dominate other sectors

The relatively safe and recurring nature of revenue and growth in the industry as the world becomes more digital and connected means they are appealing for investors looking for safe long-term revenues. The tax benefits mean they are potentially beneficial for companies that own and operate data centers but want to increase value to owners.

Despite the fact they might talk about power capacity rather than the square footage, Worth doesn’t see data center REITs as wildly different from other REITs due to the fact they are still essentially renting real estate to their customers.

“Where do you get the distinction is that with data centers the customers are probably more interested in buying a network of facilities than in some other sectors,” he says. “You may have offices but you don't necessarily need a network of offices, whereas having your data centers connected is really very valuable to customers.”

“That has created a little bit more of a network effect in the space that has encouraged data centers to get larger, has driven some consolidation in that space that we haven't seen in other sectors of the real estate market. They’re also more likely to have a global footprint than in some of the other REIT sectors.”

Even as other REITs in spaces such as retail have recently struggled, data center-focused trusts have continued to grow throughout the Covid-19 pandemic. While many property types had found it difficult to find tenants and collect rents as offices shut and businesses close down, demand for data centers has been driven on by the ever-increasing need for computing infrastructure as work from home and online operations have become the norm.

NAREIT’s Worth says data centers were the best performing REIT sector in 2020, driven by increased digitization and the need for remote working during the Covid-19 pandemic. He says that those ‘important tailwinds,' especially around digital transformation and adoption are going to support the sector in the long term.

“The growth of digital infrastructure only appears to be growing and a large part of that is going to be done through REITs.”

“We've continued to see the growth of digital infrastructure across the globe over the past couple of years,” adds JLL’s Cvengros, “and it doesn't appear to be slowing down. It only appears to be growing much quicker and a large part is going to be done through those REITs.”

“If you're comparing office commercial REITs, offices have got a question mark over it right now,” he says, “the return to work and how much space people are going to take and how stable that's going to be for the next three to five years as people kind of figure out their working strategy I think is hard to say.”

Meanwhile, looking to 2021, most of the experts DCD spoke to expect further consolidation in the space, especially with the larger publicly-listed data center REITs looking to acquire smaller players in the market. At the same time, diverse-portfolio REITs will likely continue to see data centers as an attractive asset class. Worth says he expects more diverse-portfolio REITs to embrace digital assets such as data centers and cell phone towers going forward and while he thinks it’s hard to say if there will be more pure-play data center REITs entering the market in 2021, long term he predicts more will enter the fray.

“The performance of the data centers REITs that are public has made a clear case that it is a very effective structure for companies,” he says. “They are effectively in the real estate business and the REIT structure has worked well for them, and I would expect to see more data center REITs globally over the long term.”

A number of companies in recent years have been selling their data centers to REITs and immediately leasing those facilities back. These sale-leasebacks are common in real estate of all types and allows the tenants to focus on delivering services and hopefully reduce their overall Capex. The REITs in turn gain new real estate and can use the economy of scale and experience in managing facilities to increase their revenue.

“Most large companies specialize in other business besides data centers and their data center is a cost of doing business rather than a focus,” says Cushman & Wakefield’s Imboden. “A partial leaseback (with a rolling phase-out) could be advantageous for a seller as they move their workloads to a major cloud service, as the capital gained from selling the building helps pay for the IT restructuring and moving of physical equipment.”

“As REITs (and many other interested investors) have piled into the sector, they are interested in securing facilities net leased to A-grade tenants and are willing to negotiate favorable rental terms for the seller, as many are intrigued by current stability and potential growth moving forward.”

Is it worth setting up your own data center REIT?

While some companies are set up as REITs from the outset, some companies convert to REIT status in order to focus on real estate and less on services. Iron Mountain converted itself into a REIT in 2014, with Equinix making the transition in 2015.

“If you look at Iron Mountain and Equinix converting to REITs, that is largely more of a real estate play versus a services play,” says JLL’s Cvengros, “and what that shows me is that they're committing to the real estate and the infrastructure as their primary go-to-market strategy versus cloud and managed services, things of that nature.”

“What it does is it helps them to raise more funds, expand at a quicker rate in a much safer way versus being a tenant of a Digital Realty trust, as an example, and working on more of a leasing approach of things.”

The rationale for converting to REIT status will vary from company to company, but broadly it offers beneficial tax status and greater access to capital for growth.

The rules on whether an organization can apply for REIT classification vary from country to country, but broadly having a portfolio of properties from which real-estate activities such as rent is the majority of your revenue is derived, and having a number of investors to which you provide the majority of that revenue, is the minimum requirement.

“REITs are able to raise capital more easily via share issuances and/or joint venture partnerships as investors have a better idea of the company’s financial situation once public, says Cushman & Wakefield’s Imboden. “The degree of difficulty [on becoming a REIT] depends largely on if the company was structured and managed with the intention of becoming a REIT, or if the decision was made after years of operating.”

“A data center company looking to become a public REIT must ensure that their internal accounting aligns with the expectations of a public company and that the number of owned assets fits with the REIT legislation in their respective company.”

NAREIT’s Worth says it’s hard to say exactly when the right time to make the switch is for any given company, but companies who have made the switch have been very successful. He also says companies that currently function as an operating company will likely be less of a leap than perhaps it would be for a PE fund.

“Taking a fund structure and turning that into an operating company, that's a big change in mindset to one that's more focused on long term performance, and less on building a set of assets and flipping them over as you might find in a fund structure.”

“There are also a lot of legal and accounting steps that have to take place and it gets very complicated from a technical perspective. It's by no means a simple process, but we've seen companies do it and I'm sure we'll see more.”

Register for DCD>Magazine, the industry's foremost publication for all things data center