Keynote: Can we engineer a world in which clean power is reliable too?

Google is now the largest corporate buyer of renewable energy in the world and well-versed in powering their global facilities using wind and solar at scale. As we know, the sun does not always shine and the wind does not always blow which has led to the oft-stated assumption that renewables are less reliable and available than its traditional, carbon counterpart. In April, Google announced the creation of a new carbon-intelligent computing platform - designed to shift the timing of high-performance compute tasks to periods when low-carbon power like wind and solar, are most plentiful.

This presentation will outline the data-driven approach which Google has taken in simultaneously reducing the electrical grid’s carbon footprint and edging them towards 24x7, world-leading zero carbon power.

Please complete the following form to receive a link to the full presentation. 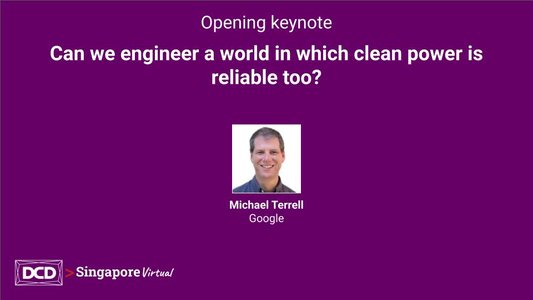 Keynote: Can we engineer a world in which clean power is reliable too?

Thank you for downloading this presentation. Your file will be emailed to you shortly.

Conference Session Is RCM at the heart of the 24/7 data center?