Gilder will be replacing the current CEO, Carl Grivner

Gilder, the company's current chief commercial officer (CCO) since 2018, is replacing Carl Grivner as the CEO. He is resigning after almost five years in the role.

Gilder comes with 25 years of experience working in the telco sector. Before Colt, she worked at Ciena Communications where she eventually became VP and GM for the company's EMEA division. 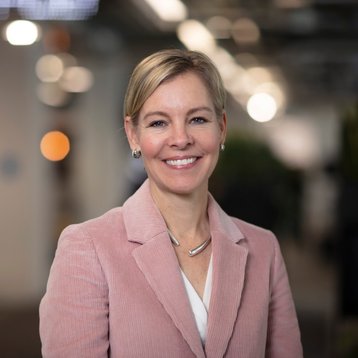 "I am proud to be a Coltie, and I can’t wait to see where Keri takes the business – it’s in incredibly capable hands,” said Grivner: “It has been a privilege to lead an organization during such a transformation."

Gilder had equally good words to say about Grivner: “You’d be hard-pressed to find someone who hasn’t been inspired by Carl and his love for this industry and Colt.

Colt Technology Services has an expanding fiber network, which is growing into Eastern Europe, and has also announced direct connection to Hong Kong, Japan and Singapore, with Alibaba Cloud

Colt is owned by Fidelity Investments, one of the largest asset managers in the world, responsible for around $2.5 trillion in assets. The investment firm took over Colt in 2015, around the time the telco split off its IT services to create Colt Data Centre Services (DCS) this allowed Colt to go on to focus on telecommunications.

Just like its sibling, DCS had a change of leadership back in December. Niclas Sanfridsson took over as CEO from the previous CEO Detlef Spang. Sanfridsson is expected to carry on Spang’s work by keeping up Colt’s data center expansion and focusing on hyperscalers.