First reported by AFR, the company is aiming to build a $1.3 billion campus at Kemps Creek, in a new industrial estate being developed by Frasers and local fund manager Altis Property Partners in New South Wales. AFR reports that Microsoft is planning for a 190MW facility over 14.4 hectares. 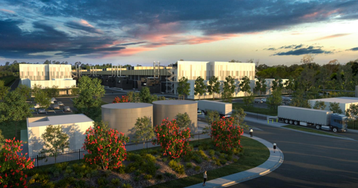 According to Government documents, the Kemps Creek data center site at Mamre Road within Penrith would include two two-story data hall buildings, an office, an on-site substation, and 61 generators. The entire site comprises a total area of approximately 17.38 hectares.

The data halls will total around 65,354 sqm; one of the documents reports that design is currently underway for two 48MW centers, with a third data center being designated as a future build for a total of 144MW capacity.

All of the major cloud players have a presence in Australia. This year Google opened a new GCP region in Melbourne, Victoria; its second in the country.