Backup battery choices for keeping 5G up on the Edge 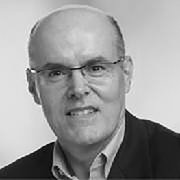 Edge nodes will make high demands on their backup power. What technologies will make the grade?

The fastest 5G networks are expected to be at least 10 times faster than 4G LTE, according to wireless industry trade group GSMA. This higher bandwidth not only promises faster download and upload speeds for applications and data, but also increases the number of devices that can be connected to a wireless site, expanding capabilities for IoT applications that leverage large numbers of sensors across homes, cities and industry.

The 5G speeds also lower signal latency between data centers and endpoints (user devices and IoT nodes) which makes possible more robust real-time applications such as autonomous vehicles and remote surgery. As a de facto platform for IoT, 5G will open up new levels of machine-to-machine communications for many computing use cases, which will cause demand to skyrocket.

5G will drive evolution of the DC architecture

The combination of high throughput and low latency will require more 5G data storage and processing to move closer to end users and IoT nodes, accelerating the proliferation of edge data centers. According to Gartner, edge computing (processing outside a traditional centralized data center or cloud) will account for 75% of enterprise-generated data by 2025, up from just 10% in 2018.

As edge computing data centers assume a lead role in 5G-driven applications, they will require an evolution in robust UPS systems to safeguard uptime and ensure mission critical connectivity and response time. Operators of edge data centers will need to examine battery backup solutions according to these criteria:

For decades leading up to the 5G era, the industry has relied on lead-acid backup batteries for data center backup. This familiar technology was adequate when data centers were centralized, controlled environments with smaller backup power requirements. Being a very mature technology, lead-acid batteries have a relatively low up-front cost and well-understood maintenance requirements.

How safety affects size and cost

Because edge data centers will become widespread, and often located in facilities close to employees and the public, safety is another driving issue. To compare the safety of technologies used in energy storage systems, engineers can consult the NFPA 855: Standard for the Installation of Stationary Energy Storage Systems (ESS) which covers energy storage installations like battery backup systems.

NFPA 855 sets the storage capacity threshold for ESS battery chemistries beyond which those systems must meet NFPA 855 requirements to ensure safe operation. For lead-acid and nickel-NiZn this threshold has been set at 70kWh of stored energy. In contrast, the thresholds for Lithium-ion, Na-NiCl2 and flow batteries have been placed at just 20kWh. For a given power output, these technologies are likely to face additional infrastructure upgrades and safety systems that increase their footprint and up-front costs.

To assess safety once in operation, NFPA 855 references the UL 9540A Test Method for Evaluating Thermal Runaway Fire Propagation in Battery Energy Storage Systems. Given the well-documented instances of lithium-ion cells experiencing a possible thermal runaway event, lithium-ion batteries typically utilize a Battery Management System (BMS) and other safety mechanisms to demonstrate no thermal runaway during UL 9540A testing. NiZn batteries on the other hand have been rigorously tested by UL according to the UL9540A Test Method at the cell level (no BMS or other safety mechanisms) and did not exhibit thermal runaway across the five arduous and destructive test types. The cell-level safety of NiZn batteries is a clear advantage, especially in space-limited edge installations where additional safety measures are not possible, and extreme edge environments can vary widely.

When it comes to reliability, all three technologies have specified operating ranges and product lifetimes. While they are initially more expensive, both lithium-ion and NiZn battery backup systems have from two to three times the useful operational life of lead-acid batteries. This not only enhances reliability, but it also minimizes the operating costs involved with one or two battery replacement cycles.

Another key parameter of reliability is battery string operation. When a lead-acid or lithium-ion battery cell fails, it creates a high impedance or an open circuit that halts string operation. A weak or depleted NiZn cell, on the other hand, remains conductive, allowing the string to continue operating. In addition, NiZn battery strings tolerate string imbalances better and maintain constant power output at significantly lower states of charge and health than the other technologies.

Sustainability is no longer optional, it has become an obvious priority for data center operators. The lead-acid manufacturing industry has done a good job of promoting the high rate of recycling for lead-acid batteries. But the business of recycling these batteries is not good for the environment, or the people who do the work. Lead-acid batteries contain significant amounts of lead and other hazardous materials that create a highly pollutive and hazardous recycling process. In fact, environmental organizations have identified used lead-acid battery recycling as the world’s #1 pollution problem.

Lithium-ion batteries are often considered a “cleaner” option to lead-acid batteries. Yet they contain rare earth elements that are highly polluting to source. The extraction of lithium alone has significant environmental and social impacts, from water pollution and depletion to toxic chemical leaching, spills and air emissions.

In a recent Climate Impact Report performed by Boundless Impact Research & Analysis, NiZn batteries ranked higher than lead-acid and lithium-ion chemistries in several criteria including avoided greenhouse gases (GHGs), carbon return on purchase and carbon payback time. When compared with other battery chemistries, NiZn technology received the highest overall score of 9.4 out of a possible top score of 10.

The critical role of power back up in a 5G world

As 5G services proliferate across the landscape, people and businesses will learn to enjoy and depend on the upcoming high performance, low-latency applications. For IoT-based services and streaming mobile entertainment, edge data centers will need to be always available to process the huge data streams from a constellation of end-user and IoT devices. The choice of technology for battery backup can have a substantial impact on the size, safety, reliability and sustainability of edge data centers that will make 5G play a productive role in our world.