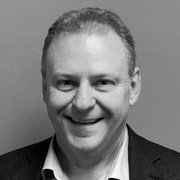 Mike Petouhoff is the CEO of OneGrid Energy Solutions

Allan Schurr, CCO of Enchanted Rock, contributed to this article

Many of the most high-profile tech companies claim they have reached the laudable goal of 100 percent renewable energy for their data centers. Many other businesses and governments have followed with pledges to reduce new carbon emissions over the next decade or two. But for data centers, it’s not quite 100 percent renewable energy that powers these facilities. What most people don’t realize is that behind the tall fences surrounding those sprawling windowless data centers are thousands of diesel generators providing backup power.

With increasing severe storms and rolling blackouts or pre-emptive power outages, diesel generators run more often than before, especially when including the number of test-hours the generators run to make sure they are ready when called. Coupled with the exponential growth in cloud services and the resulting mega-scale sites of 100MW or more, this situation results in an increasing carbon footprint as well as air pollution due to particulates, NOx, and other local pollutants that cause negative health impacts to neighbors. It is time for data center backup power supplies to catch up with modern data center computing.

Solve one problem, introduce another 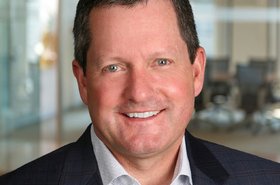 Notwithstanding all the new renewable energy from virtual Power Purchase Agreements (PPAs) and other deal structures for wind and solar energy, almost all backup power is dirty power from diesel generators owned by the tech companies, sitting right on their own sites. Even using biodiesel blends still produces local pollution and carbon emissions, and typically diesel engine warranties don’t allow a 100 percent biodiesel mix in any case. So, their power is not quite 100 percent clean or renewable. And it’s perplexing that some of the most advanced tech companies in the world continue to rely on such decades-old diesel engine technologies when cleaner alternatives are now available.

At the same time, these same renewable PPAs create a second problem. The influx of fluctuating solar and wind puts pressure on the grid to integrate those renewables because you can’t control when the wind blows or the sun shines. This real-time supply/demand balancing act creates the need for something called Grid Stability Services to balance and integrate intermittent renewables every second. By solving one problem, another is introduced.

It is often said that where there is a problem, there is an opportunity. In this case, there is a solution that can solve both problems. Onsite backup generation that is fueled by clean natural gas or carbon neutral (and in some cases carbon negative) renewable natural gas or biogas is a more modern approach. Both fuel options will dramatically reduce local pollution – even compared to “clean diesel” -- and with biogas, will operate with a zero carbon footprint, pushing the last segment of the 100 percent renewable goal across the finish line. These same ultra-clean generators can also solve the second problem by providing critical Grid Stability Services when needed by the utility or grid operator to integrate renewables or help manage the grid.

To be clear, these generators are always ready to provide backup power when the grid is down, but for the vast majority of the time, they are also available to help provide needed Grid Stability Services. This virtuous cycle provides required backup power and enables the companies leading the development of clean energy to meet their 100 percent renewable goals can also provide the needed services to keep the grid stable. Two problems solved.

It gets better. Applying innovative business models can achieve these goals at a lower net cost than the status quo. From a financial standpoint, a mostly idle capital asset that can actually do something useful for the power grid, means it can be a source of revenue over time resulting in lower life-cycle cost. Data centers can now deliver on the very last bit of the 100 percent claim, while helping the power grid, and getting paid for those services.

Can gas backup generators provide dependable backup power so that the data center can keep delivering those essential cloud services? Thanks to purpose-built technology, yes. Data center engineers may be familiar with gas turbines, which are too slow to start to be part of a backup power solution. This is different: stoichiometric reciprocating gas engines with under 10 second startup times and transient voltage and frequency response just like diesel are commercially available now. Plus, since the asset runs more often to provide Grid Stability Services, it has inherent load testing built in and achieves higher dependability.

To top it off, the testing functions, emergency operations, and ongoing Grid Stability Services can be fueled by renewable biogas injected into the existing robust underground pipeline infrastructure, resulting in a carbon neutral or negative footprint. That feature, coupled with much lower particulates and other local emissions, as well as reduced noise, makes for a neighborly trifecta compared to traditional diesel backup. These environmental benefits also result in a streamlined permitting process with less exposure to negative public comment and hearings which create uncertainty and add cost to a project.

Are you ready to finish the clean energy job? Welcome to the modern age of technology!