The myths of digitization and metaverse just exploded

There comes a point where hype hits reality

This week, the Trump base is licking its wounds. The majority of the US seems to be rejecting the "stolen election" narrative and is maybe deciding to "Make Lying Wrong Again."

In the tech world, we could be seeing some readjustments which will be nearly as far-reaching. Facebook's big layoffs seem to center around a realization. Digitization isn't changing everything as quickly and easily as its proponents hoped. And perhaps the big hypes for the future, including the metaverse, Edge, and IoT, aren't the done deals we have been led to believe. 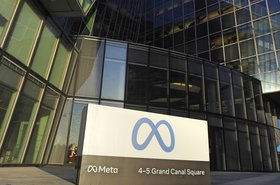 Both these factors are visible in the layoffs at Meta, and play somewhat differently at Twitter.

At DCD, we've spent rather too much time hearing vendors crowing about how great Covid has been for their project to digitize our lives. Never mind the suffering, the deaths and the financial hit from the pandemic, they seem to be saying it's been just great for data center operators.

Demand for online services was never higher, and it seemed white-collar people could mostly shrug off the effects of pandemics and lockdowns by working from home, watching Netflix and ordering groceries online. Even better, we were told, these digital pioneers were spearheading a whole new digitized world, supported by data centers.

Mark Zuckerberg seems to be walking back from that dream. In an open letter he sent to his staff (and the world) this week, he says: "At the start of Covid, the world rapidly moved online and the surge of e-commerce led to outsized revenue growth. Many people predicted this would be a permanent acceleration that would continue even after the pandemic ended. I did too, so I made the decision to significantly increase our investments. Unfortunately, this did not play out the way I expected."

At the start of Covid, the world rapidly moved online and the surge of e-commerce led to outsized revenue growth. Many people predicted this would be a permanent acceleration that would continue even after the pandemic ended. This did not play out the way I expected Mark Zuckerberg, Meta

There is an increase in online working, but Zuckerberg says online commerce has now "returned to prior trends". This, along with the macroeconomic downturn and increased competition, has hit Facebook's revenue: "I got this wrong, and I take responsibility for that."

Let's put that into context. When Zuckerberg says he "increased" investments, he actually doubled the size of the company in the last three years, based partly on those promising forecasts from during the pandemic. The company appears to have added more than 42,000 people since the start of 2020, taking it to a massive size - 87,000 staff.

The cutbacks amount to less than the 15,000 or so the company has hired during the first nine months of 2022. In that context, the company's announcement of a six months hiring freeze is almost as significant as the layoffs.

Averse to the Metaverse

Zuckerberg is still optimistic about his big goal, the Metaverse: "We’ve shifted more of our resources onto a smaller number of high priority growth areas — like our AI discovery engine, our ads and business platforms, and our long-term vision for the metaverse," his letter says.

But the fact is, the real world is not falling in love with this metaverse, and one small fact illustrates this. The layoffs include staff at Reality Labs, the department (developed from Meta's purchase of Oculus Rift) dedicated to VR and AR technology, which is supposed to be developing the metaverse.

Meta has been spending billions per year developing the Metaverse, but Horizon Worlds, its flagship metaverse application, is proving unpopular. While the company is desperate to get its staff behind the system, it actually looks like a cheesy kid's cartoon built on a Roblox/Minecraft mashup. It's reported to be "buggy", and to have around 300,000 signups, most of whom only visited once.

Meta has a VP of Metaverse, Vishal Shah, and he's sounding, frankly, a bit desperate. In a memo quoted by The Verge, he admits Horizon Worlds isn't really working: “Feedback from our creators, users, playtesters, and many of us on the team is that the aggregate weight of papercuts, stability issues, and bugs is making it too hard for our community to experience the magic of Horizon. Simply put, for an experience to become delightful and retentive, it must first be usable and well crafted.”

But he follows this up by urging the whole company to ignore the bad taste, and drink the Kool-Aid: “Everyone in this organization should make it their mission to fall in love with Horizon Worlds. You can’t do that without using it."

It's not just Meta

Similar things seem to apply to the other current hype magnets: Edge, Internet of Things, and AI. All three are somewhat more grounded in actual useful functions, but all have been massively oversold, with pitches that somewhat self-contradictory, extrapolated pitches.

Edge, for instance, is based around a premise that cloud services have been great, but need to be offered closer to users for better latency. It then ignores the fact that the economics of small resources means that Edge services simply can't be delivered for the same cost as centralized ones, so actual Edge implementations have a huge implementation and economics hurdle to jump.

The Internet of Things, similarly, is based on the genuine benefit of networked sensors, which currently use little bits of bandwidth to do useful tasks like monitoring the vital signs of remote equipment. It then extrapolates that to the point where everything in the world is feeding multiple 4K video streams into the Net, without considering the feasibility, utility or economics of that vision.

The AI hype is based on the idea that because some data sometimes reveals useful patterns, all data will do the same. So we need enough AI horsepower to examine all data.

And let's not go into cryptocurrency. Some still see this as the future of finance, ignoring the inconvenient fact that as an industry, it is (maybe) consuming as much energy as all the other data centers - and yet it is still not even close to creating a reliable financial system.

A bit of reality has got to be good for us. In context, Meta's cuts are an adjustment to reality, not a crash. One can hope that further reality in the system might encourage the platforms to face up to other facts - such as the pretty obvious truth that its platforms don't assist human flourishing, when their safeguards are incompetent, or absent.

Other organizations, including Salesforce, Oracle, Intel, and Microsoft have made people redundant in recent weeks. All of these will be partly due to similar factors - but all are a manageable proportion of the organizations involved.

Not so Twitter, which started from a smaller size (7.500 staff) but still cut half its people, while remaining in denial about the problems of the digital world. Elon Musk wants his Twitter staff to deliver even more advanced stuff, despite losing the best tech brains, and push further into unreality (it's reported that curating is all but vanishing from the platform).

Meanwhile, we see COP27, where a massive influx of oil apologists are encouraging the world to ignore the reality that drastic action is needed now.

If we're now ready to wake up from dreams of digitization and the metaverse, we've got plenty of real world work to do.