Equinix and the National University of Singapore will be testing hydrogen fuel cells as a power source for data centers in Singapore.

The two will run a comparison between hydrogen fuel cells and "fuel flexible" linear generators, which can run on hydrogen, or else shift to other renewable fuels such as biogas when necessary. They plan to evaluate their use for data center power under tropical conditions. 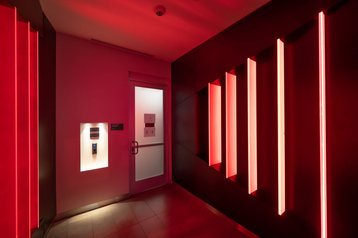 An example of a linear generator, by Mainspring – Equinix

The research will be carried out by the Centre for Energy Research & Technology (CERT) under the National University of Singapore's (NUS) College of Design and Engineering, and Equinix.

According to Equinix, PEM fuel cells are a leading contender for hydrogen energy, while fuel-flexible linear generators enable operators to easily switch between various clean fuel options. Both technologies have the potential to help data centers to cut carbon emissions while still growing.

The collaboration will see how the two technologies perform under local tropical conditions and also see how they can address features such as site constraints, power demand, supply chain, fuel storage capabilities, as well as local regulations.

CERT will conduct a comprehensive analysis of technologies identified in collaboration with Equinix, looking at how they perform at scale.

Equinix will then develop proof-of-concept projects to test the concepts in its global network of data centers, with a view to incorporating them in future data center designs.

The partnership particularly hopes to accelerate renewable energy in Singapore, where data centers face a number of difficulties, including a lack of building land and a power supply which is very carbon intensive as there are few local sources of renewable power. After a several-year moratorium, the Singaporean authorities have said that a limited number of projects can now go ahead, but must meet several conditions.

The guidelines for the data center - call for application exercise (DC-CFA), set out by the country's Infocomm Media Development Authority (IMDA) and Economic Development Board (EDB), include a demand for renewable energy use, or plans for “innovative energy pathways” to offset the facilities' carbon emissions footprint.

The authorities specifically mention hydrogen as a possible innovative energy pathway, and Singapore has already seen a couple of studies into the use of hydrogen as a fuel source for data centers. local companies STT and Linde announced a hydrogen proof of concept with Malaysia's YTL in June 2022, and KBR & Keppel are exploring the use of hydrogen in the latter's facilities. Meanwhile Keppel and Osaka Gas have been exploring a plan to ship liquid hydrogen from electrolysis facilities in Australia.

Equinix is likely ramping this idea up because it has been observed that the limited capacity in the Singapore post-moratorium pilots will go to retail providers like Equinix, rather than hyperscalers: “It would likely be tougher for operators that specifically cater to large hyperscale deployments to differentiate given the emphasis on connectivity,” said Jabez Tan, head of research at Structure Research.

Also at present, Singapore, like the rest of the world, does not have hydrogen infrastructure ready to support data centers, according to Chris Street, the head of data centers at JLL.

“That is simply a fact of the current market situation," he told DCD earlier this year. "With that said, there are a significant number of investors, agencies, and industry participants that are looking into the situation and trying to pull this forward given Singapore’s position in the hydrogen supply chain.”

For its part, Equinix has been looking at fuel cells for a long time, and recently spoke to DCD about the role of natural gas fuel cells in dealing with emerging unreliabilities in the US grid. The company has been testing fuel cells for years, trialing the technology in Frankfurt as long ago as 2013, and installing fuel cells from Bloom in 12 data centers in 2017.