The company already has a two-phase liquid cooling system called Otto, but ComputeCore is a single-phase immersion cooling tank. It has a capacity of 48 rack units (48U), and can contain 200kW of computing power, in a space of 26 sq ft (2.4 sqm). 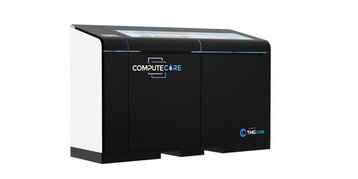 TMGcore says its single-phase ComputeCore is silent, with no fans, and does not need complex setup or air conditioning. It is agnostic to which servers it contains, as well as what cooling fluid is used It includes management systems and remote monitoring.

The system is being shown at Dell Technologies World in Las Vegas.