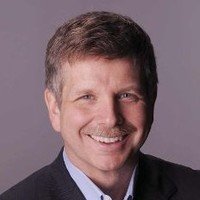 Recently recognized as one of Data Economy's Future 100, a list of the 100 personalities to watch in the next decade who are poised to heavily influence the direction and transformation of the global data centre and cloud markets, Peter is focused on driving change in the data center market for a more sustainable future.  Peter was also named to Data Economy's Climate 50,  the world’s top 50 most influential climate leaders in data center and cloud.
He currently leads GRC, a 12-year experienced liquid immersion cooling company that is changing the way data centers are designed, built and operated.   GRC technology significantly reduces capital and operating costs, and materially reduces the environmental impact of data centers vs. conventional cooling systems.

Peter has spent his career leading teams through periods of rapid growth, business transformation, and penetrating new market segments. He spent the first half of his career at Compaq Computer Corporation (1986-1999), where he rose from the sales ranks to a broad range of functional and general management assignments.

Peter has spent the last 20 years engaged in startup and turnaround projects, from pre-revenue, venture-backed to multi-billion dollars in size. One of those companies was acquired by APC, where Peter stayed on to lead APC's North American business.  Following Schneider Electric's acquisition of APC, Peter led North American Sales for Schneider Electric's IT division.